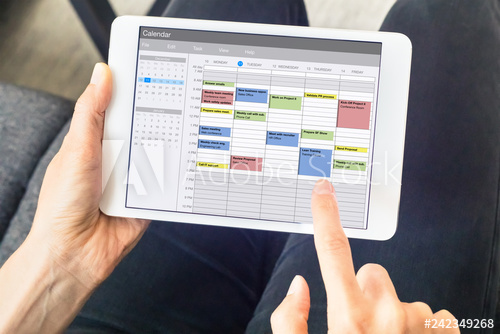 Instant dismissal overturned: the employer sends the schedule too late

I recently dealt with an immediate dismissal case in which an employee was dismissed immediately by his employer because he had not turned up for work.

The situation was as follows.

The employee was only employed for two months at his employer, a restaurant in Amsterdam. The employee was employed there as a cook on the basis of a one-year employment contract. During that two-month period, the employee almost always had the same schedule, namely from Wednesday to Sunday.

The schedule was announced by his employer a few days before the start of the week via Whatsapp. Occasionally the employee only received his schedule one day before he had to start working.

The employee had bought tickets for a festival that would last from Friday July 19 2019 until Monday July 22 2019 and had asked his manager leave on those days.

However, on Friday July 19 in the evening his phone was stolen from his tent.

The following Tuesday the employee sent an e-mail to his employer stating that his phone had been stolen and that all communications must now be temporarily sent by e-mail.

The case went to court and the judge ruled that the immediate dismissal could not hold. What was important in the judge’s opinion was that the employee, except on one Monday, was always scheduled from Wednesday to Sunday. Although the employee had not agreed a fixed working day with his employer, this did raise expectations with the employee.

Even more important is that in art. 3.3. of the Horeca Collective Labor Agreement states that the employer will announce the schedule at least 2 weeks in advance.

Because the dismissal was overturned, the employee was allowed to return to work for the employer and he also received the overdue salary from the three months in which he had not worked to his account.

In the hospitality industry, it is very common not to announce the weekly schedule two weeks in advance, but only a week (and in some cases even one day), contrary to the Horeca Collective Labor Agreement. As an employee you have the right to hear this two weeks in advance, so that you can lead a normal social life. As an employer, you run a greater risk if you send the schedule late and the employee does not show up.

We specialize in different areas of law, including rent and labour law and the law with affects small and medium size businesses . See the description of our our solicitors for more information about their fields of practice.